The Mamba Mentality: How I Play

Kobe Bryant is an Academy Award winner, New York Times best-selling author and CEO of Granity Studios, a multi-media content creation company. He spends every day focused on creating stories that inspire the next generation of athletes to be the best versions of themselves. In a previous life, Kobe was a five-time NBA champion, two-time NBA Finals MVP, NBA MVP, and two-time Olympic gold medalist. He hopes to share what he’s learned with young athletes around the world. 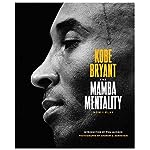 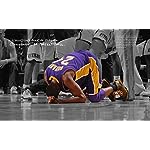 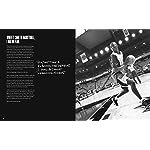 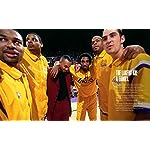 Kobe Bryant (1978-2020) was one of the most accomplished and celebrated athletes of all time. Over the course of his twenty-year career―all played with the Los Angeles Lakers―he won five NBA championships, two Olympic gold medals, eighteen All-Star selections, and four All-Star Game MVP awards, among many other achievements before retiring in 2016.

In 2018, Bryant won the Academy Award for Best Animated Short Film as writer of Dear Basketball, which he also narrated. He was the first African American to win the award as well as the first former professional athlete to be nominated and win an Oscar in any category.

In his own words


Bryant’s detailed accounts are paired with stunning photographs by the Hall of Fame photographer Andrew D. Bernstein. Bernstein, long the Lakers and NBA official photographer, captured Bryant’s very first NBA photo in 1996 and his last in 2016―and hundreds of thousands in between, the record of a unique, twenty-year relationship between one athlete and one photographer.

The combination of Bryant’s narrative and Bernstein’s photos make The Mamba Mentality an unprecedented look behind the curtain at the career of one of the world’s most celebrated and fascinating athletes.

Specification: The Mamba Mentality: How I Play

There are no reviews yet.

Be the first to review “The Mamba Mentality: How I Play” Cancel reply

Added to wishlistRemoved from wishlist 0
Add to compare
Best seller
$17.66

Added to wishlistRemoved from wishlist 0
Add to compare
Compare